EdTech Strategies runs the K-12 Cybersecurity Resource Center, which tracks the number of reported cyber attacks that US school districts have faced since 2016. According to their incident map, there have been 533 cyber incidents involving school districts since January 2016, with the majority of attacks concentrated in suburban and urban school districts. 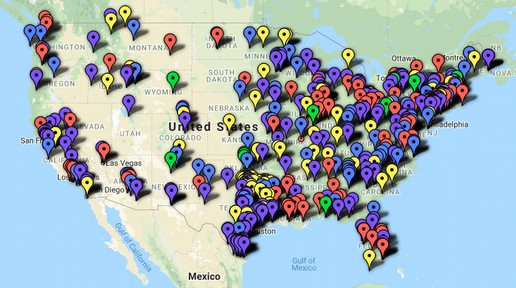 This map does not include all of the colleges and universities that have been hit with ransomware attacks. https://k12cybersecure.com/map/

In February 2018, one third of schools in North Dakota were hit with a malware attack. It took 45 days to clean up the state computer network of 250,000 computers. The North Dakota Department of Education now wants every student in every school learns about cyber security and computer science with new curriculum being developed and introduced in 2019.

In May 2018, the Leominster school district in Massachusetts was hit with a ransomware attack.

In January 2019, the Bridgeport Connecticut school district was hit with a ransomware attack. One teacher lost 18 years of teaching materials stored on the school district computers.

In February 2019,  a ransomware attack hit Crosby Independent School District outside Houston. The attack  reportedly involved a large bitcoin ransom and took down the district's IT network.

In July 2019, in Oklahoma, Broken Arrow Public Schools were also targeted by a ransomware attack, in which an attacker encrypts the system and demands payment to unlock it. School districts in Alabama, Arizona, California, Nevada, New Mexico and New Hampshire were also hit with ransomware attacks in July 2019.

In every one of the above cases, the real source of the problem was that school districts were using Windows computers instead of Linux computers. 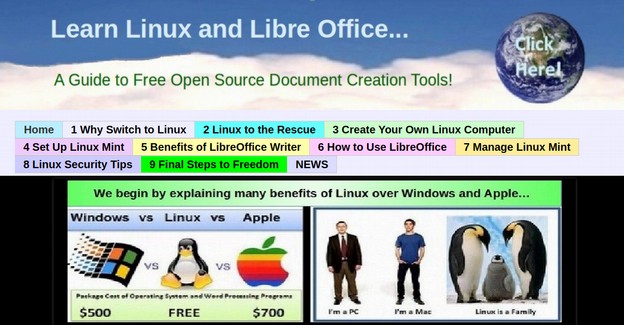 I realized that at some point, that schools and colleges using Windows computers were going to be hacked. My hope was and still is that more school administrators and college administrators would realize the need for more courses on how to use Linux and other free open source tools like Libre Office.

If you are a teacher or an administrator that has been the victim of a Windows ransomware attack, you should visit our website Learn Linux and LibreOffice dot org and learn how to make your own switch from Windows to Linux.

Once you have personally made the switch, you can then help others at your school district and college make the switch.

Most important, school districts and colleges need to offer courses in real computer security. This past year, I developed a course teaching Fifth graders how to use the Linux operating system. They had no problem learning Linux. If a 10 year old can learn Linux, so can you.

As always, I look forward to your questions and comments. Feel free to email me. David at College in the Clouds dot org.